He is considered the father and the oldest representative of the graffiti scene. We are delighted to have won this internationally significant artist for Offenburg and the HZF. In room number 5 you will be enchanted by His violin playing angel. 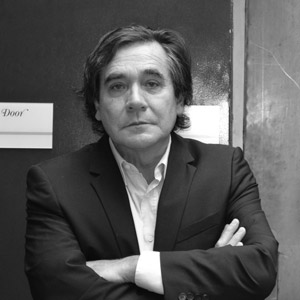 Blek le Rat (* 1951) is considered the father and the oldest representative of the French Pochoir movement, whose most famous advocate is the British street artist Banksy. Pochoir is the French name for stencil, which refers to a popular tool used by underground graffti artists to assist in quickly applying their work to the chosen surface. Blek le Rat studied Art in the 1970s at the École des Beaux Arts in Paris and in his work it becomes clear that this is not the visual expression of a suburban youth culture, but the intellectual attestations of a perceptive contemporary whose artistic references can be found in the works of Michelangelo or Caravaggio. Le Rat selects the locations to present his works very carefully, so we are all the more elated that we could win this outstanding artist for our room number 5, where a couple dance a Tango accompanied by a violin playing angel keeping vigil by their (your? ) side.